Chris Eckstrom is a writer, editor, and videographer whose work celebrates the wonders of the natural world and explores the coexistence of people and wildlife. Born in Bryn Mawr, Pennsylvania, she grew up in Washington, D.C., South Carolina, and New England.

A graduate of Mount Holyoke College, she is the author of Forgotten Edens (National Geographic Books), and is a contributing author of more than a dozen books published by National Geographic, where she worked as a staff writer for fifteen years. Assignments for National Geographic and other publications have taken her to wild places on all seven continents to cover subjects ranging from a personal exploration of Namibia to a profile of Brazil’s Pantanal.

Eckstrom has teamed up with Lanting to produce a number of acclaimed natural history and photography books, including Into Africa (Insight Editions/Earth Aware), Okavango: Africa’s Last Eden (Chronicle Books, Taschen), LIFE: A Journey Through Time (Taschen), Jungles (Taschen), Penguin (Taschen), Eye to Eye (Taschen), and Forgotten Edens (National Geographic). After traveling by icebreaker to visit emperor penguin colonies along the coast of east Antarctica, she wrote “Time on Ice,” a story that appeared in a collection of essays entitled Celebration of the Seas.

As a videographer, Eckstrom documents the fieldwork she produces with Lanting. She has filmed pieces for the National Geographic Channel and NGM.com on cloud goats in India, elephants of the Western Ghats, Hawaii’s volcanoes, wildlife in Zambia, albatrosses in the Southern Ocean, and chimpanzees in West Africa. Her coverage of chimpanzees in West Africa was also featured in the NOVA-National Geographic television special “Ape Genius,” which received a Peabody Award.

Eckstrom’s videos are featured in the film “The Making of LIFE,” which was produced for a staging of Lanting’s LIFE exhibition at the Annenberg Space for Photography in Los Angeles. Several of her videos were also shown in the exhibition. “The Making of LIFE,” which tells the story of Lanting and Eckstrom’s LIFE Project, received awards from several film festivals for best documentary short feature.

A selection of her videos are also part of Lanting’s exhibition, Dialogues with Nature, which showcases images from five of his signature projects produced over a period of forty years.

Eckstrom’s video stories, “Chimpanzee Reflections” and “Water is Life, are displayed in Lanting’s landmark exhibition, Into Africa, which presents an enduring vision of the continent’s primeval natural heritage—and what is at stake in the 21st century. The exhibition was produced by the National Geographic Society with support from the World Wildlife Fund. It was launched at the Smithsonian’s National Museum of Natural History in Washington, D.C., where it was on display for more than a year and was seen by more than three million visitors.

Eckstrom and Lanting collaborate on public presentations about their work that include their imagery, videos, and stories. They have presented together for a variety of audiences, including National Geographic Live! and for conferences including the Entertainment Gathering (EG) and the Renaissance Weekend.

Chris Eckstrom lives in Santa Cruz, California, with her husband and partner, Frans Lanting, in a coastal meadow they share with bobcats, coyotes, and elusive mountain lions. 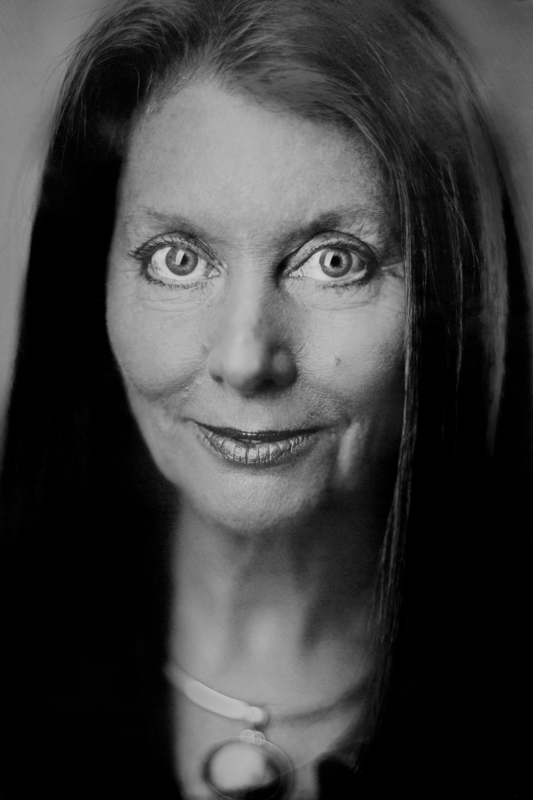