Frans Lanting has been hailed as one of the great photographers of our time. His influential work appears in books, magazines, and exhibitions around the world. Born in Rotterdam, the Netherlands, he earned a master’s degree in economics then moved to the United States to study environmental planning. Soon after, he began photographing the natural world–and never turned back.

For three decades he has documented wildlife from the Amazon to Antarctica to promote understanding about the Earth and its natural history through images that convey a passion for nature and a sense of wonder and concern about our living planet.

“Frans Lanting has set the standards for a whole generation of wildlife photographers,” according to the BBC. “Mr. Lanting’s photographs take creatures that have become ordinary and transform them into haunting new visions,” writes acclaimed field biologist Dr. George Schaller in The New York Times. “As a chronicler of natural history today, Frans Lanting is a singular, extraordinary talent,” says Thomas Kennedy, former Director of Photography at National Geographic. “He has the mind of a scientist, the heart of a hunter, and the eyes of a poet.”

Lanting’s work has been commissioned frequently by National Geographic, where he served as a Photographer-in-Residence. His assignments have ranged from a first look at the fabled bonobos of the Congo to a circumnavigation by sailboat of South Georgia Island in the subantarctic. In a remote part of the Amazon Basin, he spent weeks on platform towers to obtain rare tree-canopy views of wild macaws. He has lived for months with seabirds on isolated atolls in the Pacific Ocean, tracked lions through the African night, and camped among giant tortoises inside a volcano in the Galápagos.

Lanting did pioneering work in Madagascar, where he documented wildlife and tribal traditions never photographed before. His celebrated coverage of the Okavango Delta in National Geographic has been credited with inspiring a surge of international interest in wildlife and conservation in Botswana. His photo essays about rainforest ecology in Borneo, emperor penguins in Antarctica, and the troubled fate of puffins in the North Atlantic, have been featured in publications around the world. Images from his yearlong odyssey to assess global biodiversity at the turn of the millennium filled an issue of National Geographic.

Lanting’s work also includes profiles of ecological hot spots from India to New Zealand, as well as features on the majesty and plight of albatrosses, the nearly extinct Asiatic cheetahs in Iran, and a remarkable study of chimpanzees in Senegal that is shedding new light on human evolution.

Lanting has received many honors for his work. In 2001 H.R.H. Prince Bernhard inducted him as a Knight in the Royal Order of the Golden Ark, the Netherlands’ highest conservation honor. He has received top honors from World Press Photo, the title of BBC Wildlife Photographer of the Year, and the Sierra Club’s Ansel Adams Award. He has been inducted as a Fellow of the Royal Photographic Society in London and is a recipient of Sweden’s Lennart Nilsson Award.

Lanting’s fine art prints are represented in many public and private collections, and he has had more than one hundred solo exhibitions at museums and galleries around the world. Three of his images were selected by his peers for a charity auction at Christie’s that featured the forty most important photographs of nature ever made.

Lanting’s mission is to use photography to help create leverage for conservation efforts ranging from local initiatives to global campaigns, through his publications, alliances, public appearances, and active support of environmental organizations. He serves as an Ambassador for the World Wildlife Fund Netherlands, and on the National Council of the World Wildlife Fund USA, as well as on the Leadership Council of Conservation International, and on the International Board of WildAid. Lanting is a Trustee of the Foundation Board of the University of California Santa Cruz, and is an honorary Director of the Friends of Long Marine Lab. He is a co-founder of the North American Nature Photographers Association (NANPA) and a Fellow of the International League of Conservation Photographers (ILCP).

Frans Lanting makes his home in Santa Cruz, California, with his wife and partner, Chris Eckstrom, an editor, videographer, and former staff writer at National Geographic with whom he collaborates on fieldwork and publishing projects. 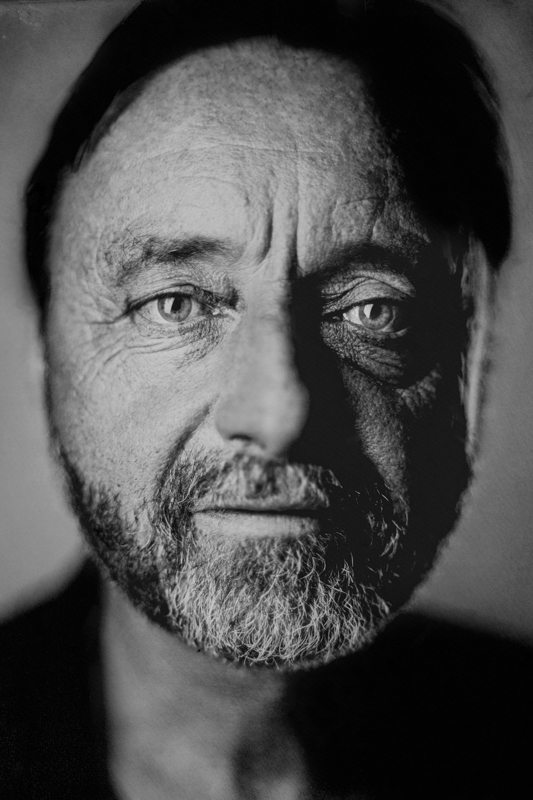